I understand this is a triple toilet shot 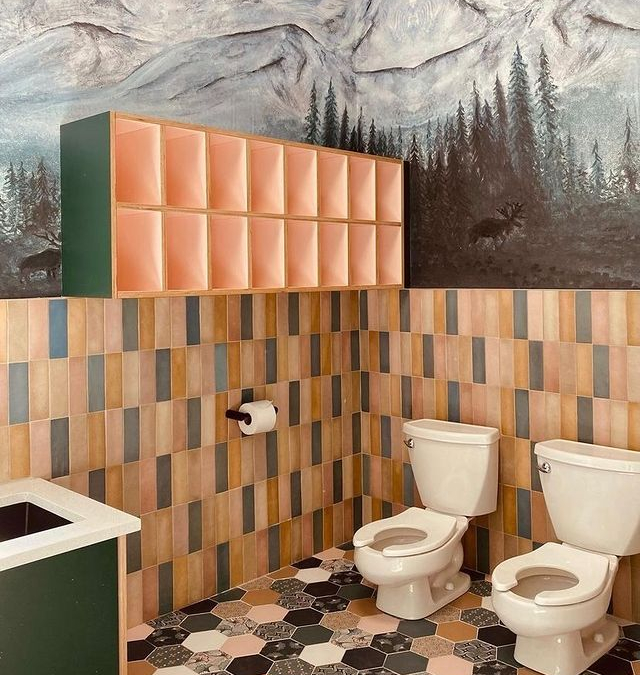 I understand this is a triple toilet shot but it also happens to be one of the greatest achievements of this year for me. I was approached to redesign this concept aptly named “Dreamy Daycare” two years ago before our times got ..complicated. Never mind the once in a century crisis looming ahead of us, I knew, as a mother with a long memory of how my own childhood informed me, what I wished to create: A space where children could dream, a place as tactile as it was visual, rooms that looked and felt happy, volumes layered in tenderness, colors where all genders would feel at home. For me school was a sanctuary. To have been allowed to paint this utopia, to create this haven, was a gift I will cherish forever, an honor bestowed to me in great faith by @mariposawr_bella, the head of the @moncepeo program at Mauril Bélanger.

Within four cement block walls I re-defined spaces, creating a layout of rooms to better serve the school’s needs. By taking the kitchen out of the front room and integrating it into the main room while simultaneously taking the admin room out of the main room and putting it to the front, it allowed parents not to contaminate the children’s play area by walking through and over them as well as now afford a small new space where teachers could retire during their breaks for quiet and coffee. Extraordinarily the space created within allowed the school to accommodate more children which in turn accesses more funding. With all plans and permits in place as well as an extremely competent team of trades the daycare was rebuilt from scratch in two months.